Ok before I get into the review, can we first look at the below picture:

Ladies rejoice! We have finally evolved from cone-shaped, hi-let-me-poke-your-eyes-out-with-my-boobs to round tata’s, and giirrrl, do they look fantastic.

So when I first saw the trailer for this game, I was super excited. From the looks of it, it seemed to be a much more serious version of Uncharted with a female lead instead. And you should all know by now that I’m seriously in love with the Uncharted series (and more so with Nathan Drake), so I most likely would end up revering this game as well. Anyway, Tomb Raider is probably one of the best action adventure games out there and is easily one of the best looking games as well, but I feel like it still gets a few things wrong.

So the story revolves around the lost kingdom of Yamatai. Lara is part of the Endurance, a ship cresting through the Sea of Japan in search of this kingdom. Upon arrival, their boat is torn asunder and driven against rocky crags – but as the rest of the crew struggle to gather supplies ahead of an anticipated night singing kumbaya and toasting smores, Lara is knocked out and kidnapped. I’ll forever remember the next scene because of how gruesome it was – Lara wakes up  in a meat-filled den full of mutilated, rotting corpses and leaking flesh bags hanging ominously from the ceiling. It was so nasty, and so well captured! I swear, it almost felt like you’d be able to smell the stench of the place if you went right up close to your TV screen. Anyway, you then come across some a group of other survivors but who they are, and what they want falls on Lara to investigate. Before all that though, Lara needs to survive, rescue her friend Sam and help the rest of the crew get off the island alive.

The game is visually stunning from its hot and fetid jungles, blustering snow-capped World War II bunkers, musky temples untouched for centuries, sandstorm-ravaged cliff faces and glorious sun-kissed vistas. You really do feel like an explorer. Sometimes that feeling of being Indiana Jones (in a woman’s body) really hits home in ways that not even the Uncharted games achieve. Unlike Uncharted, Lara automatically leans down slightly whenever enemies are nearby, and when you move towards cover, you seamlessly press up against it.  You won’t find yourself erroneously attached to the wrong bit of cover and you’ll still maintain complete control over Lara as she leans out. These smooth transitions really helped cut down on dodgy moments, and gave combat a rampant, chaotic flow. The combat itself is extremely tight, and many of the fights are intense enough to warrant a deep sigh of relief, especially in the game’s third act. Even melee is fun, though it’s designed to be purposefully clunky. What I liked best was the transition of Lara from scared and helpless to a brutal killing machine wielding both arrows and guns, going all haii-yah on yo ass. Very nicely done!

What I didn’t like about the game was the fact that it was more about combat than adventure. There were so few tombs to raid! Did Crystal Dynamics forget that this game is called “Tomb” Raider?  Furthering this absurdity was that at the end of a raid, the treasure you find is just some experience points and some generic salvage for upgrades – boorring. I wanted those side-missions to mean something, but instead I just got more loot for my guns. Even the relics are pretty dull. I wish they figured into more elaborate, game-spanning puzzles. There’s so much potential for making exploration better, making puzzles bigger, making the whole experience more about discovery and less about destruction. But I suppose it’s  difficult to appease both puzzle-loving fans of the original game and COD-addicted action junkies. Hopefully Crystal Dynamics will equalize it a bit more in the sequel to follow. Something else I think the game could have benefited from was more inclusion of stealth or for fights to take place between fewer, more challenging opponents rather than the seemingly endless horde of thugs out to get us, shouting silly things like “She’s armed!” after I’ve just killed eight others, or “She’s a good shot!” after I hit them with a grenade. This brings me to the dialogue of the game, which is seriously laughable. This coupled with the most stereotypical and clichéd text book characters ever (like the angry Scotsman, gentle giant, jovial man-geek) makes the whole thing flat and slightly aggravating.

One last thing I didn’t like about the game was that it directly took away some of your agency. There’s a scene where she leaves one of her friends behind because he doesn’t think he can make it out of the ship in the condition he’s in. So she leaves him. All I could think was, “Why?” She just killed fifty times the number of badguys that are attacking right now. What’s stopping her (me!) from killing these guys, too, and rescuing her (my!) friend. There’s a similar moment when Lara shoots an arrow at a guy right before he’s about to do something very bad. Immediately she’s captured by the other enemies in the room. Her previous super-power self just disappears when not ten minutes earlier, I’d killed off just about the same number of rapacious villains in a nearby cavern. Stuff like this is just dumb and really makes no sense.

Despite all the disharmonious rule-breaking, and in spite of  the game’s identity crisis, Tomb Raider is still remarkably good. I hope we get all the great graphics and mechanics we have in this entry without all the hand-holding in the sequel. And I also hope we’re  given more puzzles and riddles and platforming to play around with. I think the inclusion of the latter would have definitely made the game more unique, more challenging, and ultimately more rewarding. With that being said, you could do a lot worse than spend 20 or so hours with this new Lara Croft.

Posted on March 3, 2013 by sharonlizphilip

I have a tall order of PS3 games I want to own but I have no monies. Is there anyone willing to buy one or a few of the following? It’s going to be my birthday this 20th! *bats eyeslashes* Also, I will bake you super special, magical cookies to show you my immense gratitude. You may need to sign a consent form but lets not worry about that.

Here are the beauties:

Ok, so that last one is a cheesy game, but I love what I love mmkay?

Now let’s start checking these items off so you may score the below expression of demented delight from me for when I turn (ugh) 24:

I Can’t Re-Post This Fast Enough

Posted on October 25, 2012 by sharonlizphilip 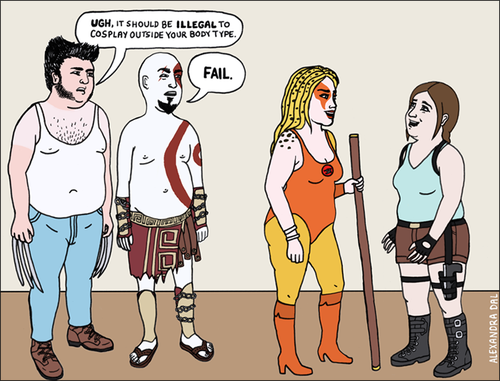 They should add skin tone/race to this too. PoC always get booed on for not being “accurate”.